Over the centuries, alcohol has been called ‘Aqua Vitae’ or ‘water of life’ and praised for it’s medicinal properties. Other times, it has been demonized as the cause of family breakups or poor work ethic among workers. In the next paragraphs, I’ll share a brief history of society’s attitudes towards alcohol and wine from the Medieval Period until the end of World War I.

Attitudes to alcohol in the Medieval and Renaissance periods

During the Medieval and Renaissance period, people celebrate wine and alcohol for it’s medicinal properties. They see wine as an important contribution to health.

This is because people observed that monks lived longer lives than the rest of the population! Naturally, people assumed it was because they drank wine regularly as monasteries owned many vineyards.

But it wasn’t just wine that was praised for its wonderful effects. Even distilled spirits were named ‘Aqua Vitae’ or ‘water of life’ due to their medicinal value.

For example, gin got its start as genever, the Dutch word for juniper. It was originally distributed by chemists as treatment for gout (sudden painful arthritic attack) and dyspepsia (indigestion).

As we leave the medieval period and enter the Age of Discovery, wine becomes part of the transatlantic trade and an important part of the diet on ships. Rations included 1.25 pints of wine per man per day.

In the 1600’s, Samuel Pepys (pronounced peeps) writes of using caudle as an effective treatment against sea sickness. Caudle is a hot drink made with a mixture of gruel with wine or ale.

Still for most people during the Renaissance and Age of Discovery, good wine is really only available to the nobility and upper classes. It is not everyman’s drink.

In the UK, gin develops an association with higher crime rates and the working classes. Public drunkenness is at an all time high and the Gin Act is passed raising taxes to slow consumption. Despite these efforts, gin sales continue to grow.

Gin’s image suffers immensely in the 1700’s because it is considered the cheap alternative to the more prestigious elixir of wine. In the northerly climate of Great Britain, wine must be imported from foreign countries. Gin can be made anywhere at low cost.

Not that there was a shortage of inexpensive plonk in the world. The English working classes just couldn’t afford wine as 18th century lawmakers slapped expensive customs and embargoes on poor quality wine.

As a result, wine here is only associated with the upper classes. Moreover poetry of the day strengthened the connection between wine, aristocracy and polite society.

Remember that at this time water generally wasn’t that safe for drinking. It was much safer to drink wine instead (see poster on the right).

The time of the revolutions: Industrial, French, and American

Wine spreads to most households

As the Industrial Revolution is underway in the 19th century, and a new class forms for the first time, the middle class. The upper segment of this includes entrepreneurs, factory owners, doctors and lawyers and they have money to spend. Whereas wine was once only drunk by the nobility, it becomes the mainstay of middle class affluence in Britain.
Wine also becomes a kitchen necessity. We see this in many recipes in England that make food in ‘the French way’ by adding wine. Caudle, that horrible mixture of gruel and wine mentioned above is now a common household remedy; the wine being the remediating ingredient for many sicknesses.

But in the top wine producing nations of France, Spain and Italy, wine is not separated along class lines in the same way as it is for Brits. Wine is seen as an extension of food and drunk by everyone.

In fact, even today most Italians do not distinguish between wine and food. To Italians, both food and wine offer the same benefits; providing necessary nutrition in their diets.

At this time, society generally views drunkenness as fine as long as you live on a farm and don’t have to report to anyone else for work.
But this is the Industrial Revolution. More and more people are moving to cities and factory owners want sober, reliable workers. Protestants especially view binge drinking as anti-capitalist and inefficient. To them even moderate consumption is a sin. Women’s movements grow and recognize alcohol abuse as a main cause of domestic violence, child abuse and lost wages.

Then, in the middle of the 19th century, 4 North American Grapevine Diseases Destroy Europe’s Vineyards.

At this time in France, wine is viewed as an inherent right. To deprive someone of wine is akin to depriving one of water. To meet the high domestic consumption of its populace, the French government loosens laws by dropping import taxes on sugar, on imported wine and even allows wine to be made from imported raisins.

By the beginning of the 20th century, farmers across France in Champagne, Bordeaux and Southern France revolt, forcing lawmakers to enact laws to protect the integrity of French wine. Wine is so crucial to French identity and to its economy, each wine region has its own set of laws and government departments to monitor production and to search out offenders and apply punitive measures against them. 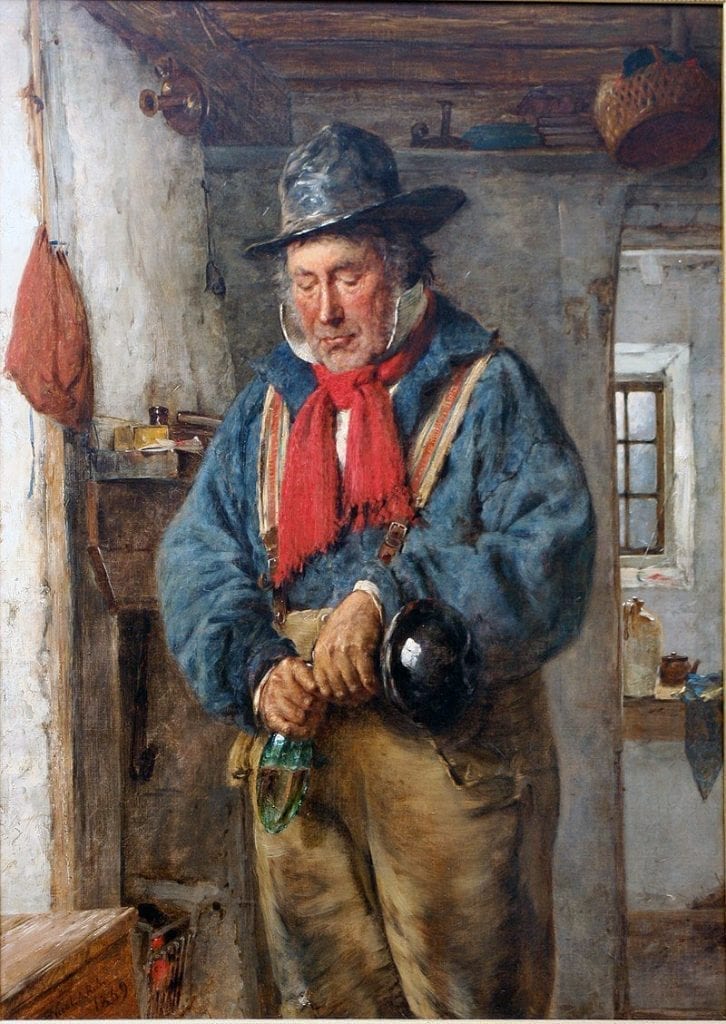 The rise of whisky...

By the time the French industry recovers, Scotch Whisky has replaced brandy (Cognac and Armagnac) as the preferred spirit of choice.

Naturally, as the whisky fever takes hold, governments rush to stop its consumption outright. They flat out ban the sale of whisky until it is aged 3 years stopping all sales for a time.

Another twist this century…

With WWI, we see the global rise of temperance and prohibition forces. As the world’s greatest powers battle for supremacy, alcohol is seen as a dangerous disturbance; one that could spell the downfall in war efforts.
This started before the war as women were the main group supporting temperance. In North America, Christian temperance groups made a connection between drunkeness and a host of other social ills such as economic dependence on men, domestic violence and a lack of political representation because they still couldn’t vote. They campaigned before the war, but the war brought the right catalyst to enact laws against alcohol.
Because drinking back home was now viewed poorly when men were dying at the front, drinking became unpatriotic. This sentiment carried over to the male populace as well
Beer, in particular was vilified as Millers, Pabst and Busch were owned by ethnic Germans. Whiskey and beer requires grain that could be better used in the war effort.
Even Czar Nicolas II banned vodka in Russia in support of the war.

Yet, wine is spared. As stated above, wine is an important feature during Catholic weekly gatherings.

Prohibition did change society, but not in the way its supporters intended.

The end of WWI…

By the end of World War I, there was a great social revolution across the globe. Monarchies came crashing down and their shortfalls were blamed for the war. It was the end of an old order and now it was time for modern morals.

For some, alcohol was a dark remnant of the old ways.

Prohibition caused far reaching effects on the American wine industry in particular. By the 1850’s, Sonoma already had two commercial wineries; Beuna Vista and Gundlach Bundschu. Napa Valley’s first commercial winery was formed in 1861. By the 1920’s, wine was a thriving business.

So when prohibition was mandated, it completely destroyed a massive industry!  It’s not until the late 1960’s that the area finally began to revive itself.

Perceptions of alcohol have certainly changed over time. We no longer view alcohol as a medicine, nor as the source of all of society’s ills. Today instead governments conduct research on the best ways to regulate alcohol sales for the betterment of us all. Health guidelines recommend the maximum amount of wine, liquor and beer consumption per day for long term health.

PrevPrevious Post3 Reasons to Celebrate Canada Day!
Next Post7 Tips to get the most out of VinItaly Wine Tasting in Verona, ItalyNext

The 4 Best Free Wine Apps for Tasting Notes in 2023

NFT’s Could Be Really Good for Wineries and Producers

6 Factors that Affect How Long Your Wine Lasts