How North America Destroyed the Vineyards of Europe

During the 19th century, wine is THE most traded commodity in the world. It was not the arms trade (as it is today); it was wine.

And it’s France that commands first place as the undisputed world leader in the premium wine trade. 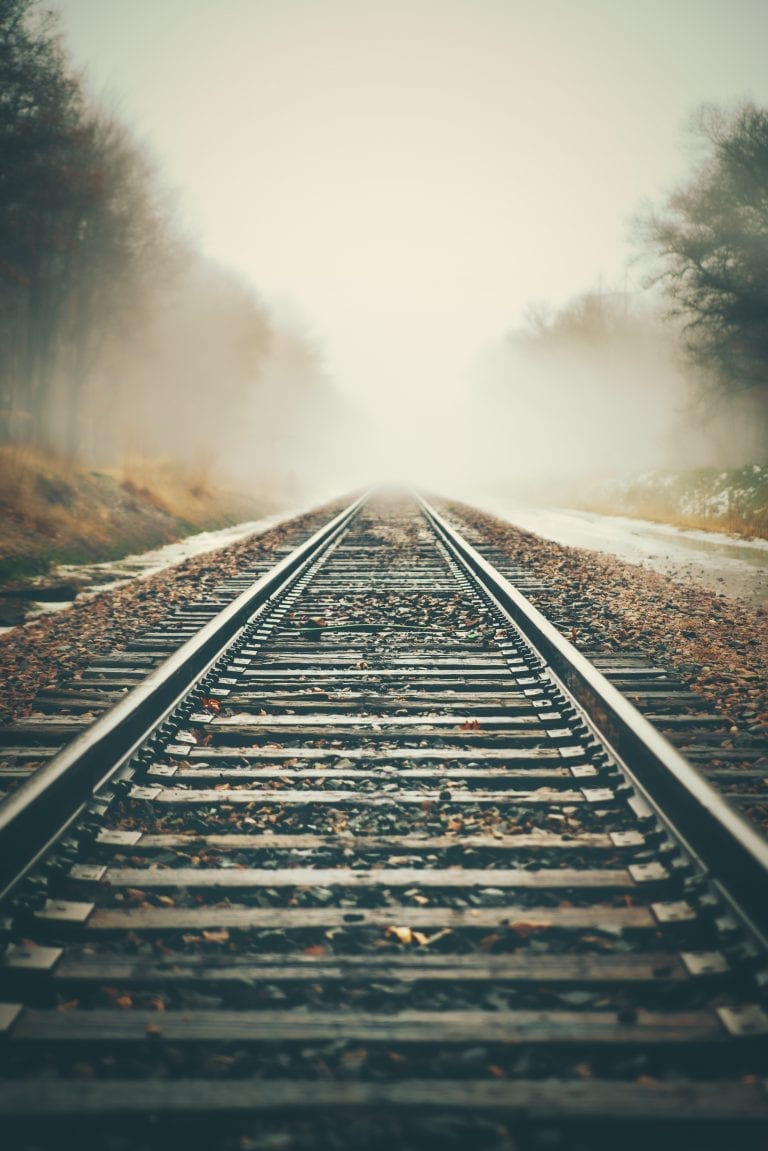 It’s the Industrial Revolution. For the first time ever, railways and steamships will connect goods quickly to markets around the entire globe.

These improved trade routes will stimulate unfettered consumer demand for European wines that will generate a planting frenzy in France, Italy and Spain.

And then, the wine market will crash. Not just once, but many times.

This post is the first of a series of 3.

In these next lines, we will learn what caused the wine market crashes of the 19th century and explore the devastating vine diseases that are still a problem for vignerons today. We detail how 4 scourges will destroy Europe’s vineyards during its guilded age; when they arrive, how they are spread, and what the known cures for them are.

Visit us again for Part 2 where we look at what happens next during the so called ‘dark ages’ of wine. Unscrupulous fraudsters will fill voids left by severe yield shortages. They will produce watered down plonk – all sold under famous French names.

In part 3, learn why everyone interested in wine education or WSET certification needs to know the history of French wine law. After the economic devastation and social unrest of this period, it is France that will step up to create new wine laws. They will establish governing bodies to protect the price, prestige and quality of their most lucrative possession, their wine. In fact, they are so successful, French wine law will become the blueprint for most European wine and food laws today.

{If your interested in a fascinating look at how society’s views have changed towards wine, spirits and our health from the 16th century until today? Read this post here.}

So why during the golden era of wine trading, did the market crash?

Wine growth during the 19th century is primarily fuelled by improved trade routes that bring goods to markets around the world. Ironically, it is equally the cause of it’s demise. Transatlantic trade brings back vine diseases from North America that European vines can’t withstand.

Powdery mildew (öidium in French or now more widely known as uncinula necator). This disease attacks the green parts of vines. It gets it’s name from the spores that multiply into powdery looking cobweb-like growths.

How does it spread?

Winds will swiftly spread the disease. Found in England in 1845, it will cross the Atlantic to France by 1847.

What does it do? 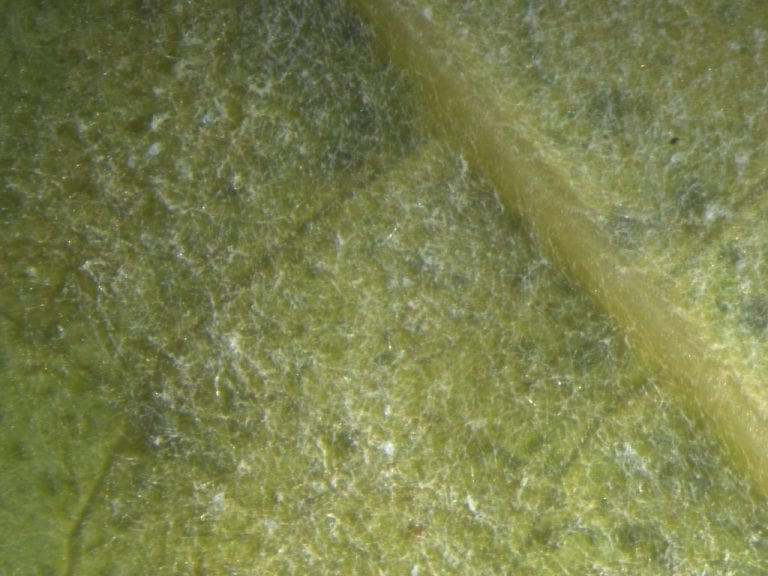 Powdery mildew will cause the disasterous vintage of 1854 – France’s smallest since 1788.

Fortunately, the gardener who first disovers powdery mildew in England also notices the cure – a mixture of sulphur, lime and water – and sprays it on the vines. After 1854, this solution is widely accepted (and still used today).

What it is and what it does?

Phylloxera is a louse (plural: lice) that feeds of the roots of vines causing it to bleed out the sap and eventually kills the plant. So just as France’s vineyards recover from powdery mildew, this bug will come along.

And it doesn’t stop in France. Slowly through the decades, it will crawl its way throughout Europe. Originally called Phylloxera Vastatrix (the devastator), it is now called Dactylasphaera Vitifolia.

Truly, the social and economic effects of phylloxera are massive and can be compared to the failed potato harvests of Ireland. In France alone, that bloody bug will annihilate 2.5 million hectares of vineyards!

In fact, riots will ensue in Burgundy. Lynch mobs will attack the teams sent in to spray the vines and soldiers are sent in to surround and protect the famous Meursault vineyard.

Imagine the trauma of watching your neighbour’s entire vineyard die and then waiting and seeing it come for your own.

Eventually, scientists discover they can graft French vines onto American rootstocks and save their plants. American vines form a scab over the feeding area so the vine doesn’t bleed to death and survives.

But, it will take some time to implement this change, to find rootstocks that will work in French soils and…to convince the French. Indeed, Burgundy will outlaw this solution until 1887, almost 20 years after it’s arrival there.

3. Downy Mildew or Peronspera (introduced in France sometime before 1882)

While the cure for phylloxera is fully underway, a new disaster will strike. Likely carried on the rootstocks sent from North America to prevent phylloxera, a fungus called downy mildew will slip into the country.

By 1882, the disease is already widespread throughout France. In fact, downy mildew is one of the most economically significant vine diseases for decades to come, producing many record low-yielding vintages up until 1969.

What does it do?

Downy mildew attacks the green parts of the vine and can cause the leaves to fall off completely – thereby halting photosynthesis. You can’t make much wine with what’s leftover and the resultant wines are weak.

How it spreads and the cure?

How it spreads what does it do?

It’s spread by mild, wet temperatures and can kill upwards of 80% of your crop. It attacks leaves, shoots, and berries. Early signs show tan coloured spots on the leaves. This schmo is such a swindler as grapes will appear to be normal until mid-summer when berries will turn black, shrivel and turn into ‘mummies’.

How it spreads and the cure?

This is the bane of organic growers because of the limited ways to control it. Infected mummified berries must be painstakingly removed (along with parts of the cane) and burned. Otherwise, the spores will survive overwinter and come back in the spring.

It takes merely 7 hours in warm, wet conditions to spread!

For non-organic growers, fungicides need to be applied in the Spring continuously until the fruit ripens.

Those are the 4 scourges causing the complete annihilation of the wine market in the 19th century. How did this happen?

Improved trade routes grant quick access to new markets all over the world stimulating demand for Europe’s wines. At the same time, diseases piggyback on organic material from North American and plague all of Europe; native European vine species have no defence mechanisms to protect themselves.

But what happens next is equally as discomforting.

Visit us next week, where we cover the ‘dark ages’ of European wine. When consumer demand for European wine is at it’s pinnacle, fraudsters flood the market with ‘wine’ made from beet juice.

And if you’re interested in learning more about European wine law, visit us at https://www.sommwine.com/ for information on our next wine and sommelier courses. 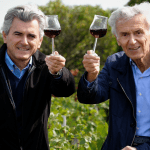 Choosing a Great Sparkling wine with the right glasses for your 2020 New Year’s Eve Party! 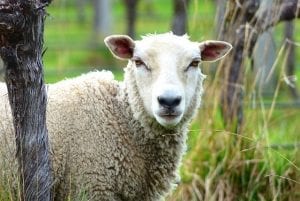 Why New Zealand Sauvignon Blanc is so darn good! 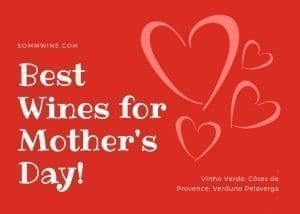